What is Egg Candling?

Egg Candling is the process of usi 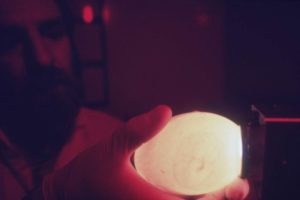 ng a light to determine whether or not the eggs you have are fertile. For this, all you really need is a flashlight and a dark room, although if you want to get really precise and well-lit, you should buy an egg candler. For candling duck eggs, candling chicken eggs, and candling quail eggs, the procedure is pretty simple.

What to Do- How to Candle Chicken Eggs 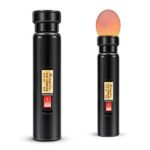 For chicken egg candling and duck egg candling, just hold the beam of the flashlight behind the egg while you are in the dark room so you can see clearly through the egg. You should see one of several things…

A faintly visible yolk in the center with an air space on the wide end: This is a freshly laid unfertilized egg. It is approximately a week old or younger, but it has not been in contact with a male of the species.

Many thin red veins in a soupy yellow mixture:This is a fertilized and developing egg. This is what you will see for a fertilized egg up until about 10 days after fertilization, when the chick’s development will actually fill up the space available and cause the shell to become opaque. 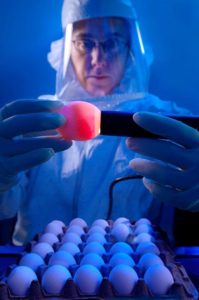 Candling should be performed once every few days at the very minimum to keep germs and bacteria from broken shells, dead chicks, or rotting to spread throughout the incubator.

On way to prevent chicks from dying in the eggs is by egg turning with an automatic turning egg incubator. For more information about how to raise poultry from eggs using an egg incubator and turner, see the blog below.